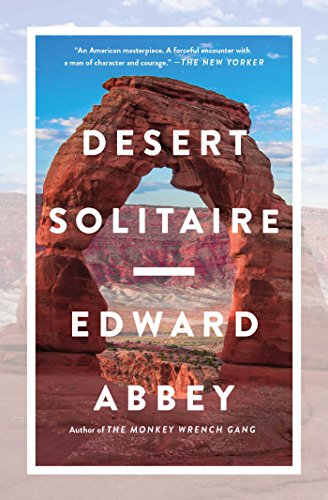 Desert Solitaire: A Season in the Wilderness is a literary nonfiction work by Edward Abbey (1927–89), published originally in 1968. His fourth book and his first book length non-fiction work, it followed three fictional books, Jonathan Troy, The Brave Cowboy, and Fire on the Mountain. It was his biggest success to date and brought him critical acclaim and popularity as a nature writer. Centered around the author's activities as a park ranger at Arches National Monument (now National Park), the book is often compared to Thoreau's Walden[citation needed]. It is a series of vignettes about various aspects of his work as a park ranger in the desert southwest, ranging from a polemic against development and excessive tourism in the National Parks, to a story of working with a search and rescue team to pull a dead body out of the desert, to the dangers of hiking alone, to stories of river running, his view of Mormonism, the social life in and around Moab, Utah, and more. Although it is a memoir, it is filled with many interesting, somewhat fictional stories.

The 115th greatest nonfiction book of all time