Master of the Senate by Robert Caro 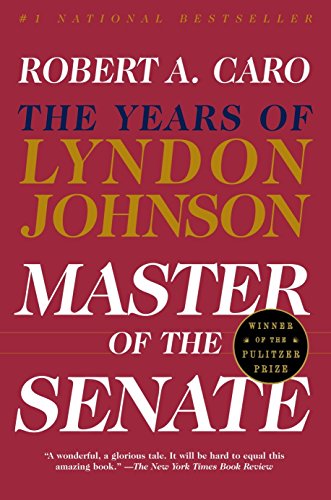 In the third and most-recently published volume, Master of the Senate, Caro chronicles Johnson's rapid ascent in the United States Congress, including his tenure as Senate Majority Leader. This 1167-page work examines in particular Johnson's victorious battle to pass a landmark civil rights bill. Although its scope was limited, the ensuing Civil Rights Act of 1957 was the first such legislation since Reconstruction. This book was released on April 23, 2002. It won the 2003 Pulitzer Prize for Biography or Autobiography, the 2002 National Book Award for Nonfiction, and the 2002 Los Angeles Times Book Prize for Biography.

The 445th greatest nonfiction book of all time