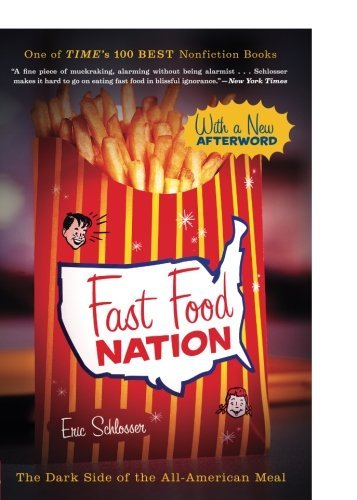 Fast Food Nation: The Dark Side of the All-American Meal (2001) is a book by investigative journalist Eric Schlosser that examines the local and global influence of the United States fast food industry. First serialized by Rolling Stone in 1999, the book has drawn comparisons to Upton Sinclair's classic muckraking novel The Jungle. Schlosser writes as a correspondent for the Atlantic Monthly, and has received a number of journalistic honors, including a National Magazine Award for an Atlantic article about marijuana and the war on drugs. Fast Food Nation, sub-titled The Dark Side of the All-American Meal, is his first book.

The 955th greatest nonfiction book of all time