Killing Yourself to Live by Chuck Klosterman 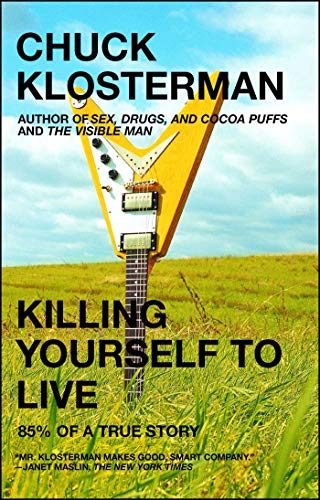 Killing Yourself to Live: 85% of a True Story is a work of non-fiction written by Chuck Klosterman, first published by Scribner in 2005. It is the third book released by Klosterman. Klosterman constructed the book around the premise of writing magazine feature about death, particularly deaths involving rock 'n roll stars. The actual feature, published in Spin in 2003, shares some ideas and language with the book.

The 1094th greatest nonfiction book of all time