Quotations from Chairman Mao by Mao 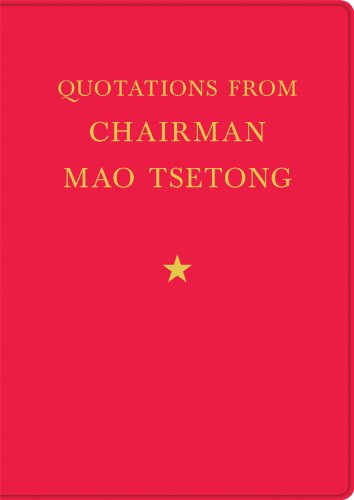 Quotations from Chairman Mao Zedong (simplified Chinese: 毛主席语录; pinyin: Máo zhǔxí yǔlù), better known in the West as The Little Red Book, was published by the Government of the People's Republic of China from April 1964 until approximately 1976. As its title implies, it is a collection of quotations excerpted from Mao Zedong's past speeches and publications. The book's alternative title The Little Red Book was coined by the West for its pocket-sized edition, which was specifically printed and sold to facilitate easy carrying. The closest equivalent in Chinese is 红宝书 (hóng bǎoshū), literally "The Red Treasured Book", which was a term popular during the Cultural Revolution.

The 88th greatest nonfiction book of all time