Payback: Debt and the Shadow Side of Wealth by Margaret Atwood 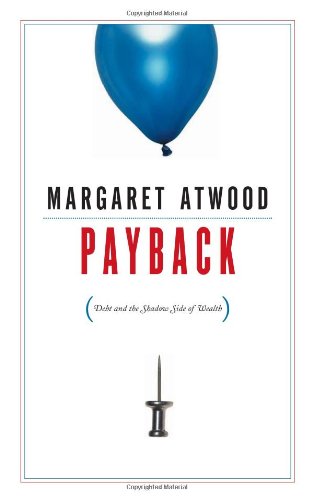 Payback: Debt and the Shadow Side of Wealth is a non-fiction book written by Margaret Atwood, about the nature of debt, for the 2008 Massey Lectures. Each of the book's five chapters was delivered as a one hour lecture in a different Canadian city, beginning in St. John's, Newfoundland, on October 12 and ending in Toronto on November 1. The lectures were broadcast on CBC Radio One's Ideas November 10–14. The book was published by House of Anansi Press, both in paperback and in a limited edition hardcover.

The 973rd greatest nonfiction book of all time