The Amber Spyglass by Philip Pullman 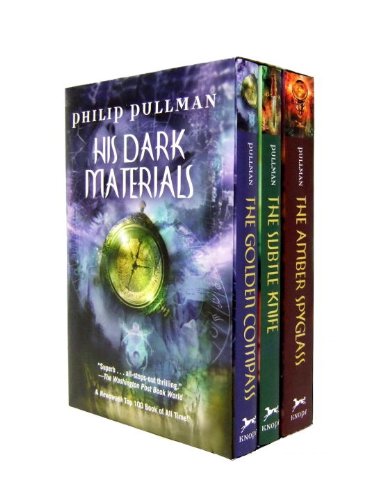 His Dark Materials is a trilogy of fantasy novels by Philip Pullman comprising Northern Lights (1995, published as The Golden Compass in North America), The Subtle Knife (1997) and The Amber Spyglass (2000). It follows the coming-of-age of two children, Lyra Belacqua and Will Parry, as they wander through a series of parallel universes against a backdrop of epic events. The three novels have won various awards, most notably The Amber Spyglass, the 2002 Whitbread Book of the Year prize, while the trilogy as a whole took third place in the BBC's Big Read poll in 2003.

The 759th greatest fiction book of all time