The World According to Garp by John Irving 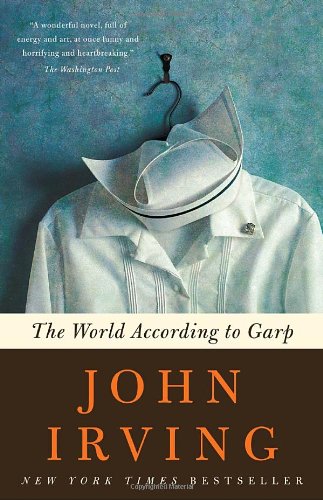 The story deals with the life of T. S. Garp. His mother, Jenny Fields, is a strong-willed nurse who wants a child but not a husband. She encounters a dying ball turret gunner known only as Technical Sergeant Garp who was reduced to a perpetually priapic mental vegetable by pieces of shrapnel that pierced his head. Jenny rapes Garp in his bedridden, uncomprehending, dying state to impregnate herself, and names the resultant son after him "T. S." (standing only for "Technical Sergeant"). Jenny raises young Garp alone, taking a position at an all-boys school.

The 191st greatest fiction book of all time