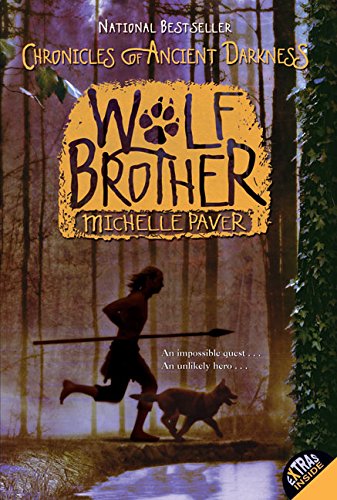 The Chronicles of Ancient Darkness is a series of fantasy books by Michelle Paver, her first books for children. Set 6000 years ago in the pre-agricultural Stone Age, the Chronicles are about a boy called Torak and his struggles against the forces of evil that killed his father. Torak is left alone in the world when his father dies, his mother having been dead since he was first born. Torak soon meets a lone wolf cub, called Wolf, with whom he can communicate. A girl named Renn befriends them soon into the first book. The series tells of Torak's quest to defeat the Soul Eaters, a group of former clan mages who seek to control the forest.

The 2399th greatest fiction book of all time