Imperial Life in the Emerald City by Rajiv Chandrasekaran 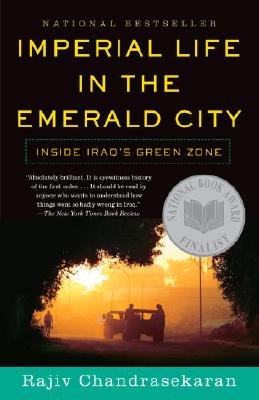 Imperial Life in the Emerald City: Inside Iraq's Green Zone is a 2006 book by Rajiv Chandrasekaran that takes a critical look at the civilian leadership of the American reconstruction project in Iraq. Centered mainly on the actions of the Coalition Provisional Authority, within the Green Zone of Baghdad, Chandrasekaran details the events from the end of the invasion phase of the war until the official transfer of power to the Iraqis and the growing insurgency in the country.

The 1020th greatest nonfiction book of all time