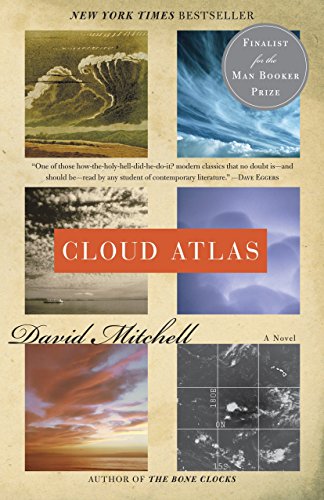 Cloud Atlas (published in the United States as Cloud Atlas: A Novel) is a 2004 novel, the third book by British author David Mitchell. It won the British Book Awards Literary Fiction Award and the Richard & Judy Book of the Year award, and was short-listed for the 2004 Booker Prize, Nebula Award, Arthur C. Clarke Award, and other awards placing it among the most-honored works of fiction in recent history.

The 273rd greatest fiction book of all time