The Kindly One by Jonathan Littell 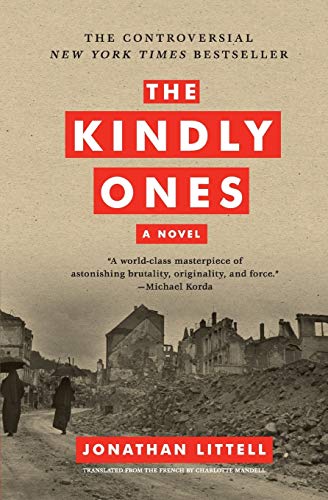 The Kindly Ones (French: Les Bienveillantes) is a novel, in the form of historical fiction, written in French by the American-born author Jonathan Littell. It tells the story of a former SS officer who helped carry out massacres during the Holocaust. The 900-page book was awarded two of the most prestigious French literary awards, the Grand Prix du roman de l'Académie française and the Prix Goncourt in 2006, and as of December 2009 it was translated into seventeen languages. This book is the first novel written in French by Littell; he published an earlier science-fiction book called Bad Voltage in 1989.

The 2422nd greatest fiction book of all time