The Fountainhead by Ayn Rand 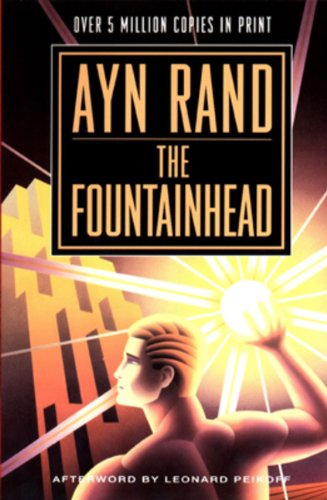 The Fountainhead's protagonist, Howard Roark, is an individualistic young architect who chooses to struggle in obscurity rather than compromise his artistic and personal vision. The book follows his battle to practice modern architecture, which he believes to be superior, despite an establishment centered on tradition-worship. How others in the novel relate to Roark demonstrates Rand's various archetypes of human character, all of which are variants between Roark, the author's ideal man of independent-mindedness and integrity, and what she described as the "second-handers." The complex relationships between Roark and the various kinds of individuals who assist or hinder his progress, or both, allows the novel to be at once a romantic drama and a philosophical work.

The 259th greatest fiction book of all time