Unless by Carol Shields 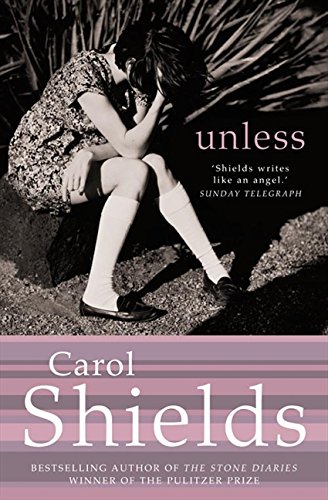 Unless, first published by Fourth Estate, an imprint of Harper Collins in 2002, is the final novel by Canadian writer Carol Shields. Semi-autobiographical, it was the capstone to Shields's writing career: she died shortly after its publication in 2003. The work was widely acclaimed and nominated for the Booker Prize, the Giller Prize, the Governor General's Award, the Orange Prize for Fiction, and received the Ethel Wilson Fiction Prize. Like many of her works (especially The Stone Diaries), Unless explores the extraordinary that lies within the ordinary lives of ordinary women.

The 983rd greatest fiction book of all time