The Feminine Mystique by Betty Friedan 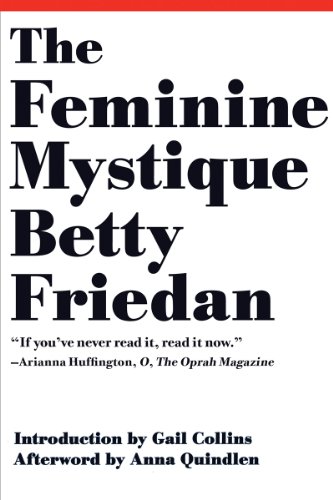 The Feminine Mystique, published 25 February 1963, is a book written by Betty Friedan which brought to light the lack of fulfillment in many women's lives, which was generally kept hidden[citation needed]. According to The New York Times obituary of Friedan in 2006, it “ignited the contemporary women's movement in 1963 and as a result permanently transformed the social fabric of the United States and countries around the world” and “is widely regarded as one of the most influential nonfiction books of the 20th century”.

The 148th greatest nonfiction book of all time