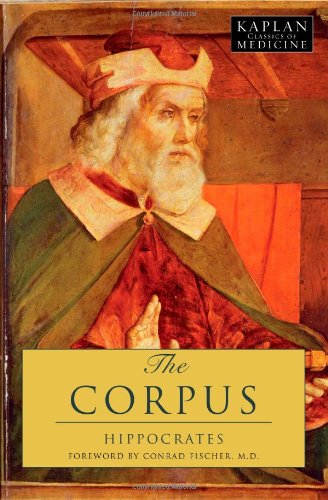 The Hippocratic Corpus, Hippocratic Collection, or Hippocratic Canon, is a collection of around seventy early medical works from ancient Greece strongly associated with the ancient Greek physician Hippocrates and his teachings. They are, however, varied in content, age and style, and are largely of unknown authorship. Of the volumes in the Corpus, none is proven to be of Hippocrates' hand itself, though some sources say otherwise. Instead, the works were probably produced by students and followers of his (Ermerins numbers the authors at nineteen), maybe centuries after he died. Because of the variety of subjects, writing styles and apparent date of construction, scholars believe it could not have been written by one person. But the corpus carries Hippocrates's name as it was attributed to him in antiquity and its teaching generally follow principles of his. It might be the remains of a library of Kos, or a collection compiled in the third century B.C. in Alexandria. It was not, however, only the Koan school of ancient Greek medicine that contributed to the Corpus; the Knidian did, too.

The 154th greatest nonfiction book of all time