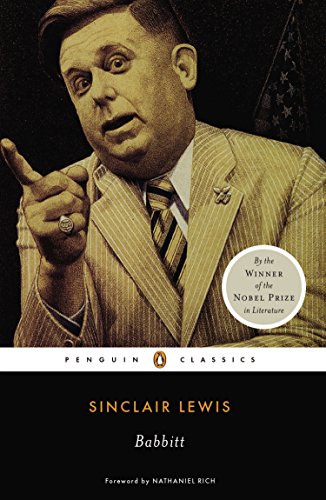 When Babbitt was first published in 1922, fans gleefully hailed its scathing portrait of a crass, materialistic nation; critics denounced it as an unfair skewering of the American businessman. Sparking heated literary debate, Babbitt became a controversial classic, securing Sinclair Lewis’s place as one of America’s preeminent social commentators. Businessman George F. Babbitt loves the latest appliances, brand names, and the Republican Party. In fact, he loves being a solid citizen even more than he loves his wife. But Babbitt comes to resent the middle-class trappings he has worked so hard to acquire. Realizing that his life is devoid of meaning, he grows determined to transcend his trivial existence and search for greater purpose. Raising thought-provoking questions while yielding hilarious consequences, and just as relevant today as ever, Babbitt’s quest for meaning forces us to confront the Babbitt in ourselves—and ponder what it truly means to be an American.

The 493rd greatest fiction book of all time