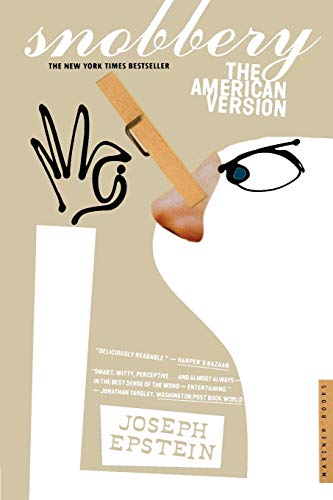 Joseph Epstein's highly entertaining new book takes up the subject of snobbery in America after the fall of the prominence of the old Wasp culture of prep schools, Ivy League colleges, cotillions, debutante balls, the Social Register, and the rest of it. With ample humor and insight, Epstein uncovers the new outlets upon which the old snobbery has fastened: food and wine, fashion, high-achieving children, schools, politics, health, being with-it, name-dropping, and much else, including the roles of Jews and homosexuals in the development of snobbery. He also raises the question of whether snobbery might, alas, be a part of human nature. Snobbery: The American Versionis the first book in English devoted exclusively to the subject since Thackeray's THE BOOK OF SNOBS.

The 1106th greatest nonfiction book of all time