The Rosy Crucifixion by Henry Miller 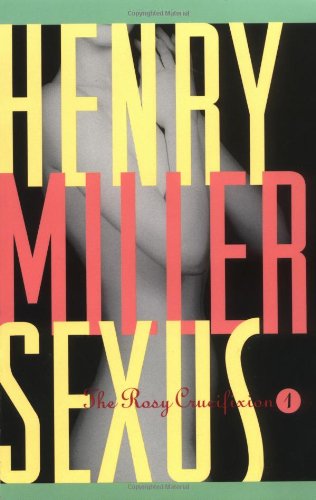 Henry Miller's Rosy Crucifixion, his second major trilogy, took more than 10 years for the author to complete. Beginning in 1949 with Sexus, a work so controversial all of Paris was abuzz with L'Affaire Miller, (and publisher Maurice Girodias saw himself threatened with jail), following in 1952 with Plexus, and finally concluding with 1959's Nexus, the three works are a dazzling array of scenes, sexual encounters and ideas, covering Miller's final days in NY, his relationship with June Miller and her lover, his take on the arts, his favorite writers, his thoughts, his insights, his days and his nights, finally ending with a glorious farewell to the life he'd known and an anticipation of the life he would lead.

The 2494th greatest fiction book of all time