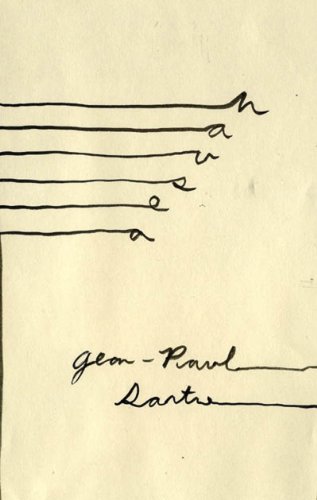 Sartre's greatest novel — and existentialism's key text — now introduced by James Wood. Nausea is the story of Antoine Roquentin, a French writer who is horrified at his own existence. In impressionistic, diary form he ruthlessly catalogs his every feeling and sensation. His thoughts culminate in a pervasive, overpowering feeling of nausea which “spreads at the bottom of the viscous puddle, at the bottom of our time — the time of purple suspenders and broken chair seats; it is made of wide, soft instants, spreading at the edge, like an oil stain.” Winner of the 1964 Nobel Prize in Literature (though he declined to accept it), Jean-Paul Sartre — philosopher, critic, novelist, and dramatist — holds a position of singular eminence in the world of French letters. La Nausée, his first and best novel, is a landmark in Existential fiction and a key work of the twentieth century.

The 333rd greatest fiction book of all time