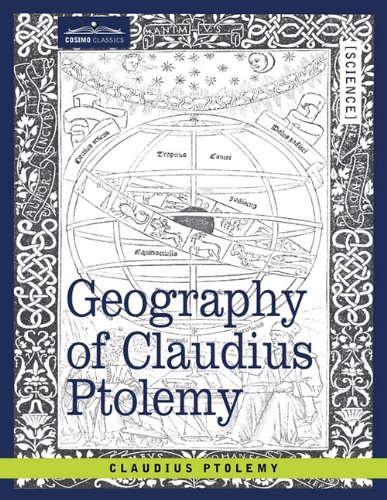 The Geography (Latin: Geographia, Cosmographia; Greek: Γεωγραφικὴ Ὑφήγησις Geographike Hyphegesis) is Ptolemy's main work besides the Almagest. It is a treatise on cartography and a compilation of what was known about the world's geography in the Roman Empire of the 2nd century. Ptolemy relied mainly on the work of an earlier geographer, Marinos of Tyre, and on gazetteers of the Roman and ancient Persian empire.

The 593rd greatest nonfiction book of all time