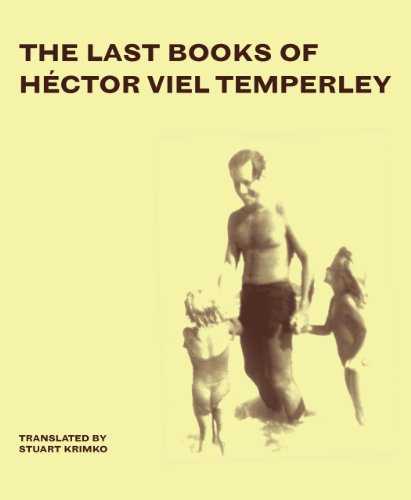 . In his final two books, Hector Viel Temperley sought to create a complete world, a surreal realm of profound spirituality that would be attained through intensely physical experience. In "Crawl," the first of two book-length poems included here, a swimmer pulls his body alongside an urban coast, pounded by thunderstorms. His determined strokes establish the rhythm for an ecstatic meditation upon spirit and flesh, a tireless quest for secrets located "between the eye that trembles / and the eye of the abyss." Viel Temperley's pursuit would take on even greater urgency in "Hospital Britanico," written as the poet recovered from brain surgery, and named for the facility in which he was treated. This final, kaleidoscopic opus is a radical and literal recreation of his life's work, a "version" of his present embedded by "splinters" from his past--boxers, pimps, sailors, sharks, and swimmers--that crests toward the future with the inexorable power of prayer. With an introduction by translator Stuart Krimko, and Viel Temperley's sole published interview (with filmmaker and author Sergio Bizzio), this bilingual edition introduces the English-speaking public to one of Argentina's most original and elusive poets

The 977th greatest fiction book of all time