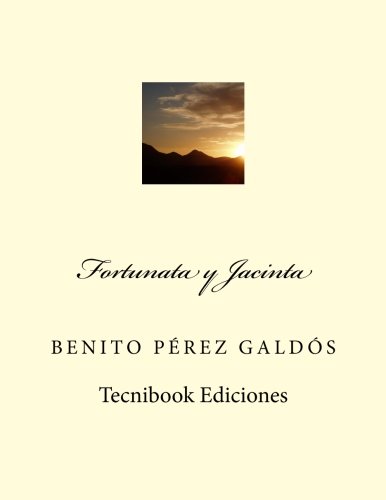 Fortunata y Jacinta (Fortunata and Jacinta), was written by Benito Pérez Galdós in 1887. It is, together with Leopoldo Alas y Ureña's La Regenta (The Judge's Wife), one of the most popular and representative novels of Spanish literary realism. Born in Las Palmas de Gran Canaria, Canary Islands, the author went to Madrid, the capital, to study law at age 18. There he would create a literary world that was present in almost all his writings. The novel created a sensation upon its release because of its scathing critique of the Spanish middle class, and for its frank sexuality. While criticized by political and religious leaders, it was praised by peers of Galdós for its realistic depiction of life amongst all classes in 19th century Madrid.

The 989th greatest fiction book of all time