The Sleepwalkers by Hermann Broch 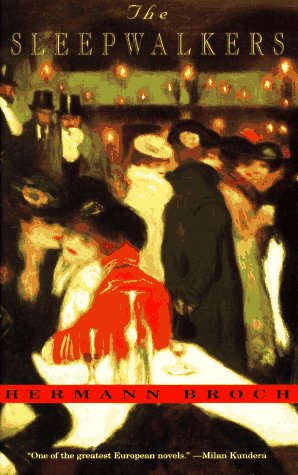 With his epic trilogy, The Sleepwalkers, Hermann Broch established himself as one of the great innovators of modern literature, a visionary writer-philosopher the equal of James Joyce, Thomas Mann, or Robert Musil. Even as he grounded his narratives in the intimate daily life of Germany, Broch was identifying the oceanic changes that would shortly sweep that life into the abyss. Whether he is writing about a neurotic army officer (The Romantic), a disgruntled bookkeeper and would-be assassin (The Anarchist), or an opportunistic war-deserter (The Relaist), Broch immerses himself in the twists of his characters' psyches, and at the same time soars above them, to produce a prophetic portrait of a world tormented by its loss of faith, morals, and reason.

The 523rd greatest fiction book of all time