Some Prefer Nettles by Junichiro Tanizaki 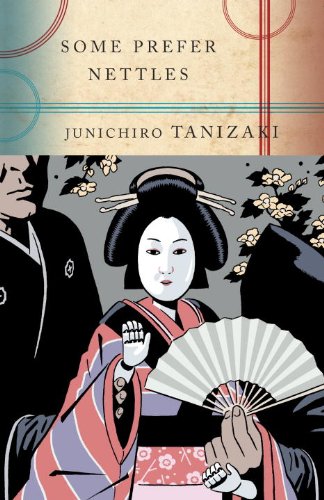 The conflict between traditional and modern Japanese culture is at the heart of this novel. Kaname is a smug, modern man living in a modern marriage. He gamely allows his wife to become the lover of another man, an act that does not cure the profound sadness at the heart of their relationship. So Kaname gradually retreats into the protection of traditional rituals, attitudes and tastes, eventually making love to Ohisa, his father-in-law's old-fashioned mistress, as he abandons the modern world entirely. The novel's other characters, including Kaname's wife, his lover, his father-in-law, and even the cities in which they live, all symbolize the modern and ancient ways of life in Japan. Tanizaki's characteristic irony, eroticism, and psychological undertones make Some Prefer Nettles an exceptional and compelling read.

The 475th greatest fiction book of all time