The Ordeal of Gilbert Pinfold by Evelyn Waugh 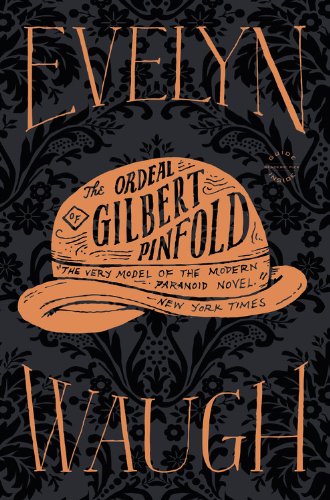 Gilbert Pinfold is a reclusive Catholic novelist suffering from acute inertia. In an attempt to defeat insomnia he has been imbibing an unappetizing cocktail of bromide, chloral, and creme de menthe. He books a passage on the SS Caliban and, as it cruises towards Ceylon, rapidly slips into madness. Almost as soon as the gangplank lifts, Pinfold hears sounds coming out of the ceiling of his cabin: wild jazz bands, barking dogs, and loud revival meetings. He is convinced that an erratic public-address system is letting him hear everything that goes on aboard ship . . . until instead of just sounds he hears voices. And not just any voices. These voices are talking, in the most frighteningly intimate way, about him!

The 1950th greatest fiction book of all time