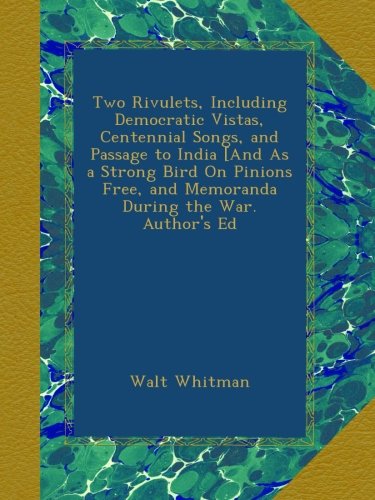 Democratic Vistas is a major work of comparative politics and letters written by the American poet and author Walt Whitman. Walt Whitman does much to expound on the influence of the Louisiana Purchase and expansion on the American spirit, character, and body politic (foreshadowing Frederick Jackson Turner's frontier thesis). In it, he criticizes Thomas Carlyle's Shooting Niagara: and after? and other literary works. It also comments on the Industrial Revolution and the predecessors of Modernism, which chose restraint and rationality above emotion and feelings.

The 389th greatest nonfiction book of all time