On the Genealogy of Morality by Friedrich Nietzsche 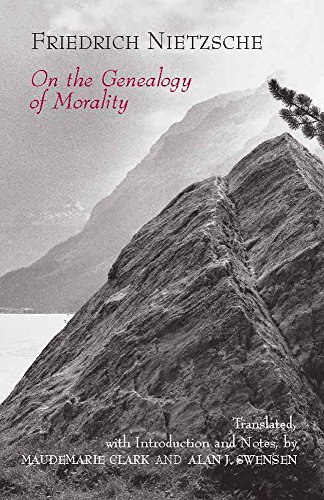 On the Genealogy of Morality, or On the Genealogy of Morals (German: Zur Genealogie der Moral), subtitled "A Polemic" (Eine Streitschrift), is a book by German philosopher Friedrich Nietzsche, composed and first published in 1887 with the intention of expanding and following through on certain new doctrines sketched out in his previous book Beyond Good and Evil. The book is considered by some Nietzsche scholars to be a work of sustained brilliance and power as well as his masterpiece.[1] It consists of a preface and three interrelated Abhandlungen ("treatises" or "essays"), which trace episodes in the evolution of moral concepts with a view to undermining "moral prejudices", and specifically the morality of Christianity and Judaism.

The 110th greatest nonfiction book of all time