The Song of Roland by Unknown 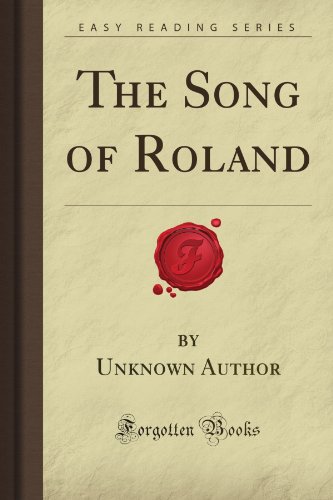 The Song of Roland (French: La Chanson de Roland) is a heroic poem based on the Battle of Roncevaux in 778, during the reign of Charlemagne. It is the oldest surviving major work of French literature. It exists in various manuscript versions which testify to its enormous and enduring popularity in the 12th to 14th centuries. The date of composition is put in the period between 1040 and 1115: an early version beginning around 1040 with additions and alterations made up until about 1115. The final text has about 4,000 lines of poetry. The epic poem is the first and with The Poem of the Cid one of the most outstanding examples of the chanson de geste, a literary form that flourished between the 11th and 15th centuries and celebrated the legendary deeds.

The 2202nd greatest fiction book of all time