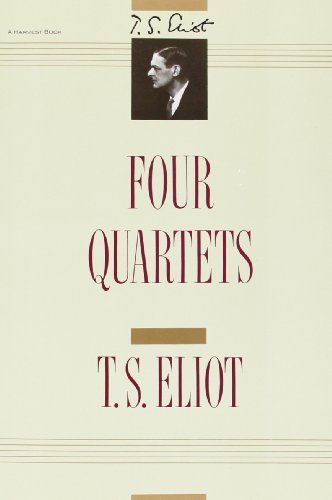 Four Quartets is a set of four poems written by T. S. Eliot that were published individually over a six-year period. The first poem, Burnt Norton, was written and published with a collection of his early works following the production of Eliot's play Murder in the Cathedral. After a few years, Eliot composed the other three poems, East Coker, The Dry Salvages, and Little Gidding, which were written during World War II and the air-raids on Great Britain. The poems were not collected until Eliot's New York publisher printed them together in 1943. They were first published as a series in Great Britain in 1944 towards the end of Eliot's poetic career.

The 1502nd greatest fiction book of all time