The Age of Reason by Thomas Paine 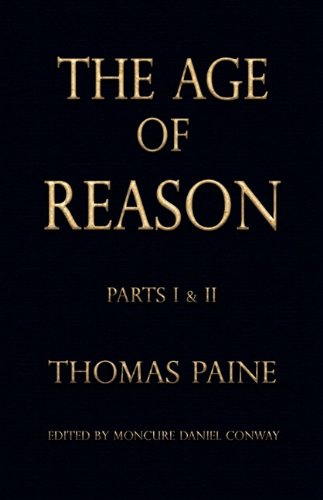 The Age of Reason; Being an Investigation of True and Fabulous Theology is a pamphlet, written by British and American revolutionary Thomas Paine, that challenges institutionalized religion and the legitimacy of the Bible, the central text of Christianity. Published in three parts in 1794, 1795, and 1807, it was a best-seller in the United States, where it caused a short-lived deistic revival. British audiences, however, fearing increased political radicalism as a result of the French Revolution, received it with more hostility. The Age of Reason presents common deistic arguments; for example, it highlights what Paine saw as corruption of the Christian Church and criticizes its efforts to acquire political power. Paine advocates reason in the place of revelation, leading him to reject miracles and to view the Bible as an ordinary piece of literature rather than as a divinely inspired text. It promotes natural religion and argues for the existence of a creator-God. Most of Paine's arguments had long been available to the educated elite, but by presenting them in an engaging and irreverent style, he made deism appealing and accessible to a mass audience. The book was also inexpensive, putting it within the reach of a large number of buyers. Fearing the spread of what they viewed as potentially revolutionary ideas, the British government prosecuted printers and book-sellers who tried to publish and distribute it. Nevertheless, Paine's work inspired and guided many free thinkers.

The 914th greatest nonfiction book of all time