The Rape of the Lock by Alexander Pope 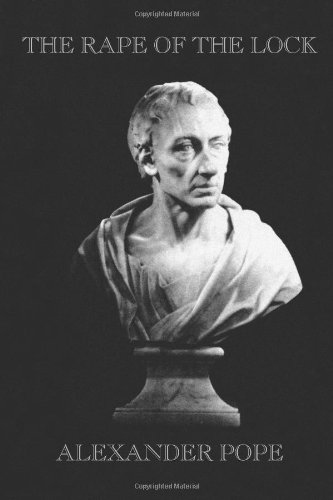 The Rape of the Lock is a mock-heroic narrative poem written by Alexander Pope, first published anonymously in Lintot's Miscellaneous Poems and Translations in May 1712 in two cantos (334 lines), but then revised, expanded and reissued in an edition "Written by Mr. Pope" on 4 March 1714,[1] a 5-canto version (794 lines) accompanied by six engravings. Pope boasted that the poem sold more than three thousand copies in its first four days.[2] The final form of the poem was available in 1717 with the addition of Clarissa's speech on good humour. The poem satirises a minor incident by comparing it to the epic world of the gods. It was based on an actual incident recounted by Pope's friend, John Caryll. Arabella Fermor and her suitor, Lord Petre, were both from aristocratic recusant Catholic families at a period in England when under such laws as the Test Act, all denominations except Anglicanism suffered legal restrictions and penalties (for example Petre could not take up his place in the House of Lords as a Catholic). Petre, lusting after Arabella, had cut off a lock of her hair without permission, and the consequent argument had created a breach between the two families. Pope, also a Catholic, wrote the poem at the request of friends in an attempt to "comically merge the two." He utilised the character Belinda to represent Arabella and introduced an entire system of "sylphs," or guardian spirits of virgins, a parodised version of the gods and goddesses of conventional epic.

The 2238th greatest fiction book of all time