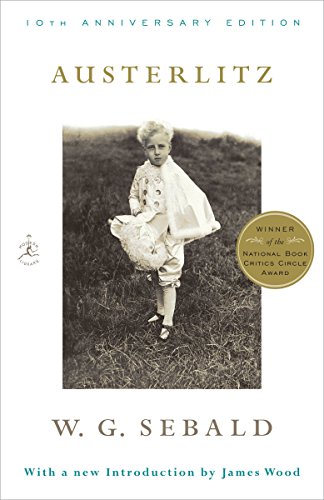 Austerlitz, the internationally acclaimed masterpiece by "one of the most gripping writers imaginable" (The New York Review of Books), is the story of a man?s search for the answer to his life?s central riddle. A small child when he comes to England on a Kindertransport in the summer of 1939, one Jacques Austerlitz is told nothing of his real family by the Welsh Methodist minister and his wife who raise him. When he is a much older man, fleeting memories return to him, and obeying an instinct he only dimly understands, he follows their trail back to the world he left behind a half century before. There, faced with the void at the heart of twentieth-century Europe, he struggles to rescue his heritage from oblivion.

The 162nd greatest fiction book of all time