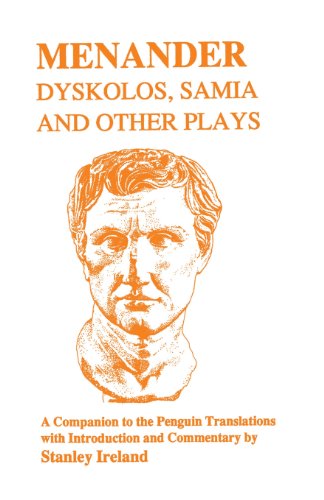 Dyskolos (Greek: Δύσκολος, translated as The Grouch, The Misanthrope, The Curmudgeon, The Bad-tempered Man or Old Cantankerous) is an Ancient Greek comedy by Menander, the only one of his plays, and of the whole New Comedy, that has survived in almost complete form. It was first presented at the Lenaian festival in 317–16 BC, where it won Menander the first-place prize. It was long known only through fragmentary quotations; but a papyrus manuscript of the nearly complete Dyskolos, dating to the third century, was recovered in Egypt in 1952 and forms part of the Bodmer Papyri.

The 2572nd greatest fiction book of all time