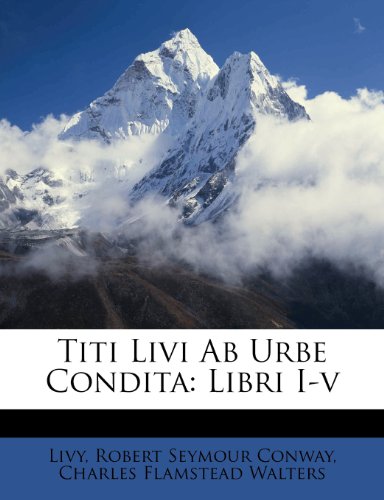 Ab Urbe Condita Libri—often shortened to Ab Urbe Condita—is a monumental history of ancient Rome in Latin begun sometime between 27 and 25 BC by the historian Titus Livius, known in English as Livy. The Latin title can be literally translated as "Books since the city's founding". It is often referred to in English, however, as The History of Rome. The work covers the time from the stories of Aeneas, the earliest legendary period from before the city's founding in c. 753 BC, to Livy's own times in the reign of the emperor Augustus. The last year covered by Livy is 745 AUC, or 9 BC, the death of Drusus. About 25% of the work survives.

The 333rd greatest nonfiction book of all time