The City of God by Saint Augustine 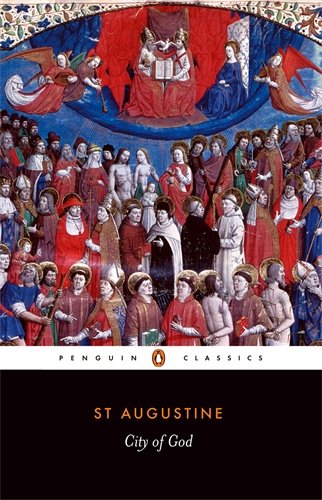 De Civitate Dei (full title: De Civitate Dei contra Paganos, translated in English as The City of God Against the Pagans) or The City of God is a book of Christian philosophy written in Latin by Augustine of Hippo in the early 5th century AD. The book was in response to allegations that Christianity brought about the decline of Rome and is considered one of Augustine's most important works, standing alongside The Confessions, The Enchiridion, On Christian Doctrine, and On the Trinity. As a work of one of the most influential Church Fathers, The City of God is a cornerstone of Western thought, expounding on many profound questions of theology, such as the suffering of the righteous, the existence of evil, the conflict between free will and divine omniscience, and the doctrine of original sin.

The 1203rd greatest nonfiction book of all time