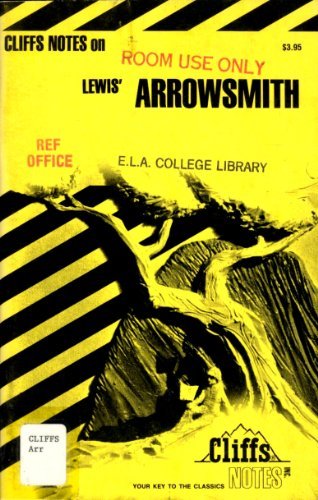 Arrowsmith tells the story of bright and scientifically-minded Martin Arrowsmith as he makes his way from a small town in the Midwest to the upper echelons of the scientific community. (He is born in Elk Mills, Winnemac, the same fictional state in which several of Lewis's other novels are set.) Along the way he experiences medical school, private practice as the only doctor in tiny Wheatsylvania, North Dakota, various stints as regional health official, and the lure of high-paying hospital jobs. Finally, Arrowsmith is recognized by his former medical school mentor, Max Gottlieb, for a scientific paper he has written and is invited to take a post with a prestigious research institute in New York. The book's climax deals with Dr. Arrowsmith's discovery of a phage that destroys bacteria and his experiences as he faces an outbreak of bubonic plague on a fictional Caribbean island. Martin's wife, Leora, is the steadying, sensible, self-abnegating anchor of his life. When Leora dies of the plague that Martin is sent to study and exterminate, he seems to lose all sense of himself and of his principles. The novel comes full circle at the end as Arrowsmith deserts his wealthy second wife and the high-powered directorship of a research institute to pursue his dream of an independent scientific career in backwoods Vermont.

The 488th greatest fiction book of all time