Grundrisse: Foundations of the Critique of Political Economy by Karl Marx 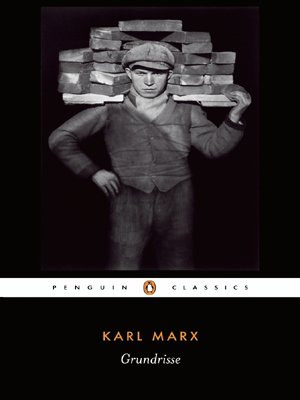 Written during the winter of 1857-8, the Grundrisse was considered by Marx to be the first scientific elaboration of communist theory. A collection of seven notebooks on capital and money, it both develops the arguments outlined in the Communist Manifesto (1848) and explores the themes and theses that were to dominate his great later work Capital. Here, for the first time, Marx set out his own version of Hegel's dialectics and developed his mature views on labour, surplus value and profit, offering many fresh insights into alienation, automation and the dangers of capitalist society. Yet while the theories in Grundrisse make it a vital precursor to Capital, it also provides invaluable descriptions of Marx's wider-ranging philosophy, making it a unique insight into his beliefs and hopes for the foundation of a communist state.

The 878th greatest nonfiction book of all time