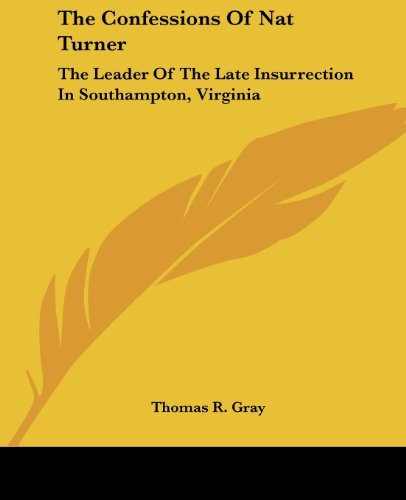 Nat Turner (October 2, 1800 – November 11, 1831) was an African-American slave who led a slave rebellion of slaves and free blacks in Southampton County, Virginia on August 21, 1831 that resulted in 60 white deaths. He led a group of other slave followers carrying farm implements on a killing spree. As they went from Plantation to Plantation they gather horses, guns, and freeing other slaves along the way, as well as recruiting other blacks that wanted to join their revolt. At the end of their rebellion they be headed, and were accounted for more than fifty white people deaths. Whites organized militias and called out regular troops to suppress the rising; in addition, mobs attacked blacks in the area, killing an estimated total of 100-200, many not involved at all with the revolt.

The 1102nd greatest nonfiction book of all time