The Remorseful Day by Colin Dexter 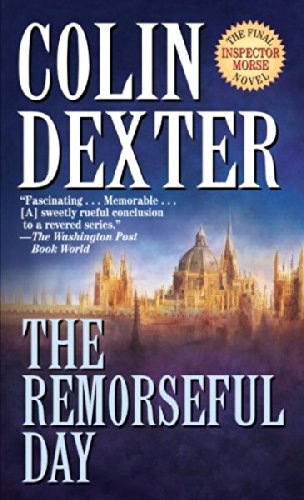 For a year, the murder of Mrs. Yvonne Harrison at her home in Oxfordshire had baffled the Thames Valley CID. The manner of her death--her naked handcuffed body left lying in bed--matched her reputation as a women of adventuresome sexual tastes. The case seemed perfect for Inspector Morse. So why has he refused to become involved--even after anonymous hints of new evidence, even after a fresh murder? Sgt. Lewis's loyalty to his infuriating boss slowly turns to deep distress as his own investigations suggest that Mrs. Harrison was no stranger to Morse. Far from it. Never has Morse performed more brilliantly than in this final adventure, whose masterly twists and turns through the shadowy byways of passion grip us to the death. . . . From the Paperback edition.

The 2247th greatest fiction book of all time