The Complete Poems by Philip Larkin 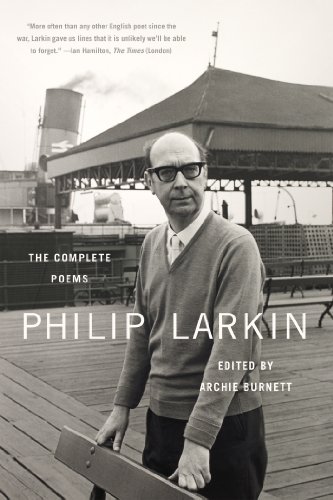 This entirely new edition brings together all of Philip Larkin’s poems. In addition to those that appear in Collected Poems (1988) and Early Poems and Juvenilia (2005), some unpublished pieces from Larkin’s typescripts and workbooks are included, as well as verse—by turns scurrilous, satirical, affectionate, and sentimental—that had been tucked away in his letters. For the first time, Larkin’s poems are given a comprehensive commentary. This draws critically upon, and substantially extends, the accumulated scholarship on Larkin, and covers closely relevant historical contexts, persons and places, allusions and echoes, and linguistic usage. Prominence is given to the poet’s comments on his own poems, which often outline the circumstances that gave rise to a poem or state what he was trying to achieve. Larkin often played down his literariness, but his poetry enrichingly alludes to and echoes the writings of many others; Archie Burnett’s commentary establishes him as a more complex and more literary poet than many readers have suspected.

The 1002nd greatest fiction book of all time