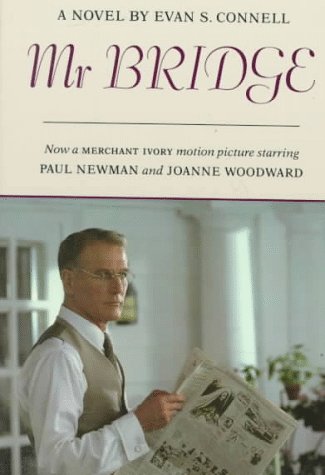 Evan S. Connell's Mr Bridge is a moving and darkly funny portrayal of a man who is outwardly successful but internally stunted by existential doubts, repressed sexual yearnings and deep-seated prejudices. Fans of Jonathan Franzen and Richard Yates will enjoy Connell's pitch-perfect portrayal of marriage and family life, and this new Penguin Classics edition also includes an introduction by Lionel Shriver, author of We Need to Talk About Kevin. Walter Bridge, husband to India and father to three, is a successful lawyer in a Kansas suburb. The daily dramas of his life only serve to illuminate his prejudice, self-doubts and dreary existence - his Christmas gifts to the family are stock certificates, which he immediately takes back to manage on their behalf - yet he is also kind and charitable, loving his wife while never able to tell her so. In Mr Bridge, Evan S. Connell gives us a moving, satirical and poetic portrayal of a man who cannot escape his limitations, and a couple growing old together but unable, ultimately, to connect. The companion novel, Mrs Bridge, telling the story from the other side of the marriage, is published in Penguin Modern Classics with an introduction by Joshua Ferris, author of Then We Came to the End and The Unnamed. 'Mr Bridge is a tour-de-force of contemporary American realism, a beautiful work of fiction' - Life 'With a delicate and subtle irony, Mr Connell shows us, first from her, then from his point of view, the little daily dramas of this ordinary family. It is very, very funny, often moving and sad, and written with an uncompromising realism that one rarely comes across. To me the Bridges were a revelation: I cannot recommend them too highly' - Daily Telegraph

The 1031st greatest fiction book of all time