The Lusiad by Luís Vaz Camões 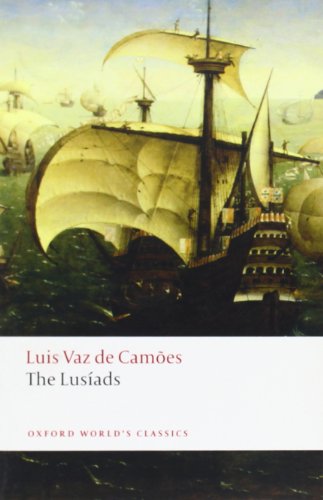 Os Lusíadas (Portuguese pronunciation: [uʒ luˈzi.ɐðɐʃ]), usually translated as The Lusiads, is a Portuguese epic poem by Luís Vaz de Camões (sometimes anglicized as Camoens). Written in Homeric fashion, the poem focuses mainly on a fantastical interpretation of the Portuguese voyages of discovery during the 15th and 16th centuries. Os Lusíadas is often regarded as Portugal's national epic, much in the way as Virgil's Aeneid was for the Ancient Romans, as well as Homer's Iliad and Odyssey for the Ancient Greeks. It was first printed in 1572, three years after the author returned from the Indies. - Wikipedia

The 461st greatest fiction book of all time