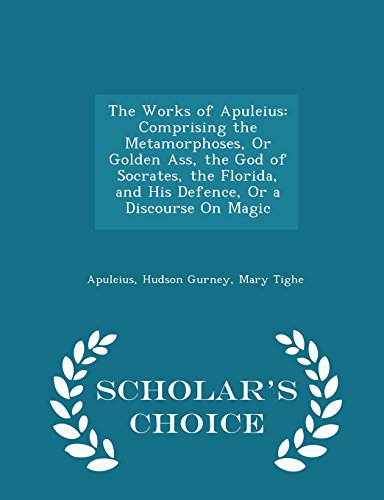 Apuleius (c. 125-c. 180) was a student of Platonist philosophy and Latin prose writer who produced the novel "Metamorphoses", more popularly known as "The Golden Ass". This work is the only Latin novel to survive in its entirety. Adapted from an earlier Greek story, "The Golden Ass" tells of the adventures of Lucius, a young man who is obsessed with magic. In attempting to perform a spell, Lucius inadvertently transforms himself into an ass. His long and arduous journey is ornately illustrated by Apuleius' witty, imaginative, and often explicit language, in a series of subplots that carry the reader through to Lucius' salvation by the goddess Isis. These include the stories of Cupid and Psyche, Aristomenes, Thelyphron and others. The novel reflects Apuleius' own fascination with magic and the occult, and although comical at times, contains very serious messages about impiety towards the gods, and the risks of tampering with the supernatural.

The 751st greatest fiction book of all time