The Twilight of the Idols and The Antichrist by Friedrich Nietzsche 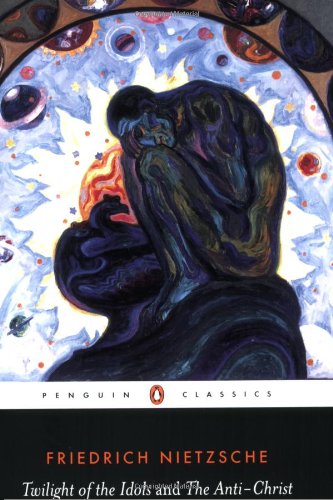 Perhaps one of the most controversial and inflammatory philosophers in western civilization, Friedrich Nietzsche summarized his extraordinary ideas in "The Twilight of the Idols." This work is a lightning strike on many of the prevalent ideas of his day, especially what he describes as the 'The Problem of Socrates' and 'The Four Great Errors.' Overall, Nietzsche attacks our system of evaluating life, the confusion of cause and effect, self-deception, accountability and free will, and the concepts of vice and morality. The alternative title of this work is, appropriately, "How One Philosophizes with a Hammer." This work, written in just over a week, prepares readers for the ideas found in "The Anti-Christ." Also written in 1888, it expands on Nietzsche's blatant disagreements with institutional Christianity. Though written to deliberately rouse anyone who reads them, these works are perhaps most shocking not in their frank negativity concerning nearly all aspects of humanity, but in the profound depth of their understanding of human nature and the actual optimism subtly affirming man's capabilities and possibilities.

The 525th greatest nonfiction book of all time