The History of Mr. Polly by H. G. Wells 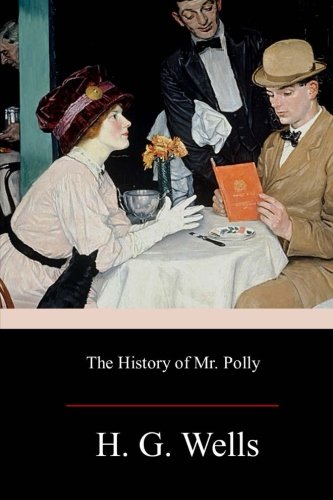 The History of Mr. Polly is a 1910 comic novel by H. G. Wells. The novel's principal conflict is Mr. Polly's struggle with life, told "in the full-blooded Dickens tradition." This moral struggle is slow to develop, for Mr. Polly is a stunted, rather than a gifted or self-confident character. He is not without imagination and a flair for language, but his mind is "at once too vivid in its impressions and too easily fatigued." The History of Mr. Polly received mostly enthusiastic reviews. The novel has been called "a complete comic miracle." Go BompaCrazy! Mr. Polly' has been called a "wonderful incarnation of what might have happened to Wells without education, a Wells driven to use the words bubbling in him and getting them all so delightfully muddled." But Wells said his protagonist was based not on himself, but on his older brother Frank.

The 2535th greatest fiction book of all time