A History of the World in 100 Objects by Neil MacGregor 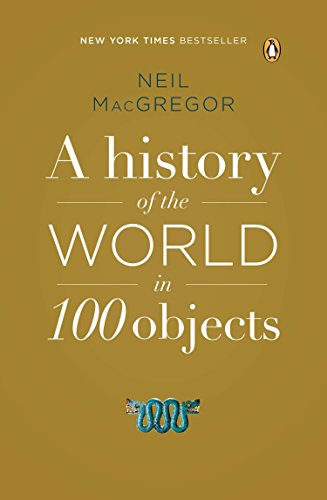 The blockbuster New York Times bestseller and the companion volume to the wildly popular radio series Neil MacGregor has blazed an unusual path to international renown. As director of the British Museum, he organized an exhibit that aimed to tell the history of humanity through the stories of one hundred objects made, used, venerated, or discarded by man. The exhibit and its accompanying BBC radio series broke broadcasting records and MacGregor’s book became a bestselling sensation on both sides of the Atlantic and a huge Christmas hit, with more than 100,000 copies in print in the United States alone. Examining items from a chopping tool from Africa’s Olduvai Gorge to the credit card, A History of the World in 100 Objects is an engrossing and profoundly original work of history that will captivate readers for many years to come.

The 520th greatest nonfiction book of all time