NW: A Novel by Zadie Smith 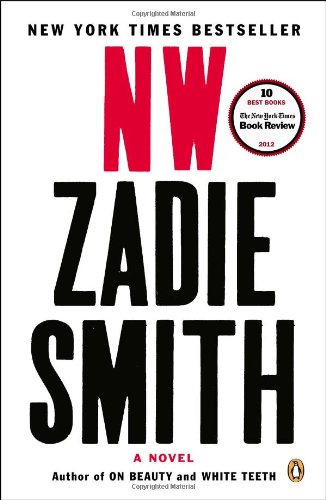 New York Times Ten Best Books of 2012 “A boldly Joycean appropriation, fortunately not so difficult of entry as its great model… Like Zadie Smith’s much-acclaimed predecessor White Teeth (2000), NW is an urban epic.” --Joyce Carol Oates, The New York Review of Books This is the story of a city. The northwest corner of a city. Here you’ll find guests and hosts, those with power and those without it, people who live somewhere special and others who live nowhere at all. And many people in between. Every city is like this. Cheek-by-jowl living. Separate worlds. And then there are the visitations: the rare times a stranger crosses a threshold without permission or warning, causing a disruption in the whole system. Like the April afternoon a woman came to Leah Hanwell’s door, seeking help, disturbing the peace, forcing Leah out of her isolation… Zadie Smith’s brilliant tragi-comic new novel follows four Londoners - Leah, Natalie, Felix and Nathan – as they try to make adult lives outside of Caldwell, the council estate of their childhood. From private houses to public parks, at work and at play, their London is a complicated place, as beautiful as it is brutal, where the thoroughfares hide the back alleys and taking the high road can sometimes lead you to a dead end. Depicting the modern urban zone – familiar to town-dwellers everywhere – Zadie Smith’s NW is a quietly devastating novel of encounters, mercurial and vital, like the city itself.

The 390th greatest fiction book of all time