The Jewel In The Crown by Paul Scott 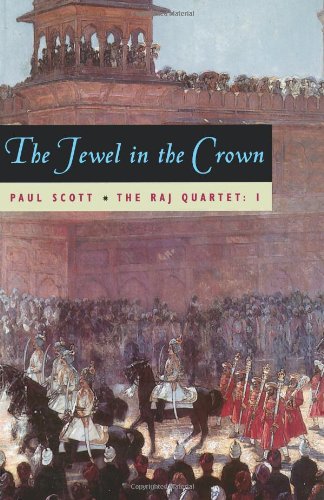 BOOK ONE OF THE RAJ QUARTET India 1942: everything is in flux. World War II has shown that the British are not invincible and the self-rule lobby is gaining many supporters. Against this background, Daphne Manners, a young English girl, is brutally raped in the Bibighat Gardens. The racism, brutality and hatred launched upon the head of her young Indian lover echo the dreadful violence perpetrated on Daphne and reveal the desperate state of Anglo-Indian relations. The rift that will eventually prise India - the jewel in the Imperial Crown - from colonial rule is beginning to gape wide.

The 1614th greatest fiction book of all time