Behind the Beautiful Forevers: Life, Death, and Hope in a Mumbai Undercity by Katherine Boo 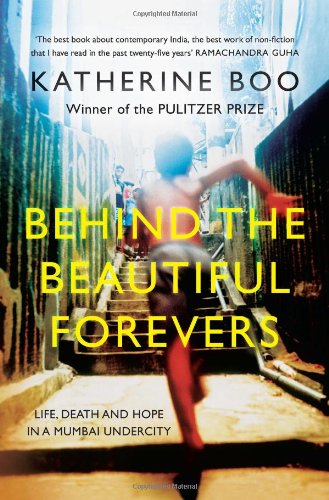 Behind the Beautiful Forevers: Life, Death, and Hope in a Mumbai Undercity is a non-fiction book written by the Pulitzer Prize-winner Katherine Boo in 2012. It won the National Book Award and the Los Angeles Times Book Prize among many others. It has also been adapted into a play by David Hare in 2014, shown on National Theatre Live in 2015. The book describes a present-day slum of Mumbai, India, named Annawadi, and located near the Chhatrapati Shivaji International Airport. It follows the interconnected lives of several residents, including a young trash picker, a female "slumlord," and a college student. The author is a white American woman who lived in Mumbai with her husband, an Indian who had a job in the city. An excerpt from the book was also used in the AQA IGCSE English Language exam in June 2014

The 654th greatest nonfiction book of all time